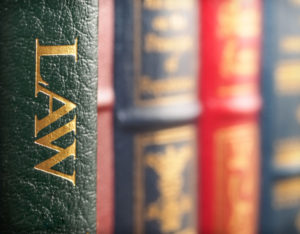 Litigation (the process of resolving civil disputes through the public court system) can be complex; even trained lawyers occasionally forget some terminology. That is why we put together this extensive guide on litigation terms that you’ll need to know for trial.

Arbitration – two disagreeing parties can agree to a method of resolving disputes outside the court system. Once the two sides agree to arbitrate, they take their disagreement to a private panel of arbitrators, who may be experts in a relevant field. The parties agree ahead of time to abide by the decision of the arbitrators.

Case Management Conference – at the case management conference, the lawyers (and sometimes the disputing parties) sit down with the judge and organize how the legal case will be conducted. The judge ensures that all paperwork has been properly filed, and may require that the dispute be taken through an alternative dispute resolution process before it gets scheduled for court.

Complaint – in civil law, a complaint is the first document (“pleading”) filed that sets a legal case in motion. This pleading states what happened, what judicial solution the person complaining (“plaintiff”) is requesting and why a particular court has jurisdiction over the case.

Cross-Claim – a cross claim is a complaint brought by the defendant in a civil case against the plaintiff, or by one plaintiff against another. For example, if a roofing company sues a homeowner for nonpayment of a bill, the homeowner might make a cross claim against the roofer for using materials that ruined the siding of the house, thus ruining their equity of their home – explained here.

Deposition – depositions are sworn statements made by witnesses outside the courtroom. They can be conducted orally or in writing, and they are officially recorded by a court reporter. Their usefulness lies in providing information that contributes to the discovery process.

Examination Under Oath (EUO) – this is a process specifically related to the insurance industry, in which an insured person makes a sworn statement regarding the losses they are claiming that they have suffered. The EUO is made before a court reporter, usually with attorneys present. It is a process that insurers use to protect themselves against fraudulent claims.

Motion to Compel – one party in a dispute may ask the court to compel the opposing side to produce more information (“discovery”) about the case at hand. Motions to compel are only used when a routine request to the opposing party has gone unanswered.

Motion for Summary Judgment – if the facts in a case are not disputed, then the defendant can ask the judge to make a ruling based on the documents and statements that have already been filed. This is called a motion for summary judgment, and it is a way of quickly resolving uncomplicated civil cases without the time and expense of going to trial.

Motion to Withdraw – a motion to withdraw is a request to the court for one of two things: Either a request to remove a lawsuit from the court docket, or a request from a lawyer to be removed from a case. Attorneys may ask to be withdrawn due to their own unavailability, or because they feel that a case is frivolous or lacks merit.

Privilege – the legal term “privilege” can refer to any special benefit or exemption enjoyed by a person or a group of people. For example, a criminal suspect might be granted the privilege of immunity in exchange for assisting with the prosecution.

Request for Admission – sometimes called a “request to admit,” this is a discovery procedure in which one party asks the other side to agree that certain facts are true. If the side receiving the request for admission does not respond by the deadline, then the court will treat that set of facts as true.

Request for Production – another step in the discovery procedure, a request for production is simply one side’s request to the opposing party to provide access to information or evidence that they have in their possession. This evidence may consist of documents, objects or access to a particular physical location.

Sum Certain – this term is easiest to remember if you just reverse the word order. A “sum certain” is simply a certain sum that has been specifically set forth in a contract or negotiation.

Voir Dire – this French phrase means, “Speak the truth,” and it refers to the process by which jurors are chosen. The judge or attorneys will question potential jurors during the voir dire to see if they have any biases or conflicts of interest that would interfere with their ability to produce an impartial decision.

With Prejudice – if a legal matter is decided or dismissed “with prejudice” by a judge, then it cannot be tried again in any court in the future.

Written Interrogatories – in civil law, written interrogatories are a set of questions sent by one party to the opposing side during the discovery process. The recipient of these interrogatories must answer them under oath, and their attorney is permitted to help them craft their answers.

Litigations are a lot of work, but receiving compensation for your losses while seeing justice be served makes the effort well worth it. Are you ready to get started on the legal process? Contact us to schedule a deposition so you can get started on winning your case.

In 2009, two prominent trial attorneys introduced a litigation tactic known as the “reptile theory,” a strategy that aims to […]

The Few Patent Jury Trials In 2020 Led To Enormous Verdicts