It’s not often that attorneys get the opportunity to “pull back the curtain” and see how jurors analyze what they do at trial. Magna’s recent conference, “Battle of the Experts,” provided participants and attendees just that opportunity. Pitting seasoned litigators against technical experts in a cross-examination format, conference attendees were able to listen to a mock jury comprised of eligible individuals from Miami, “the Shadow Jury,” provide their thoughts and interpretations of the cross, as well as how Shadow Jurors interpreted what was happening. Below are a few of the takeaways from the program. But first, some background…
– Ross Suter, Vice President Litigation Solutions

Shadow Jurors were provided with the background for the four cases that the attorneys and experts were referencing. The first case pitted a casino’s frequent customer against the casino. The customer claimed that the casino was negligent in their failure to have proper security, in their failure to properly provide the assistance they originally promised, and in aiding and abetting in his false arrest, causing him both monetary and reputational damage. The issues become, in the expert’s opinion: (1) what is proper security and (2) did the casino provide such to its patron.

The third case involved an explosion and fire at a popular restaurant, Meow-Ming, situated between Smell-No More pet grooming salon and Kohl’s department store on Strip-Mall Road. A large explosion and fire ripped through the mechanical room behind the restaurant. A fire ensued activating the fire sprinklers. The water flow from the fire sprinklers continued to flow for 45 minutes after the incident causing extensive damage to merchandise at the Kohl’s department store. The building owner settled with Kohl’s and was suing Smell-No-More and a local HVAC contractor.

The fourth and final case involved a semi-truck accident near the Florida-Georgia state line that killed a mother and her newborn child. The case hinges on expert testimony of the trucking company which disputes that the driver was distracted by the use of his cell phone at the time of the crash.

As it was noted to me afterwards by one corporate counsel; the most important thing to a litigator is “what do the jurors think.” It is always interesting to see just how quickly jurors form opinions. Only provided short vignettes of the case and a short bit of testimony, jurors made quick hypotheses, and in most instances, decisions based upon limited information. 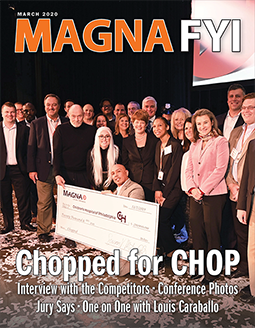 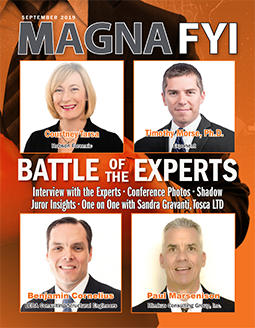 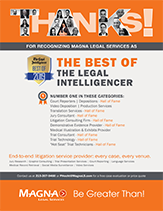 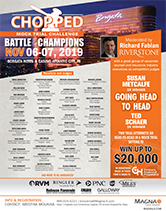 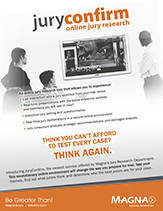 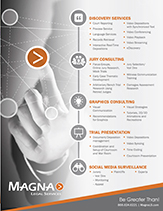 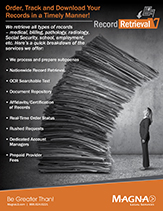 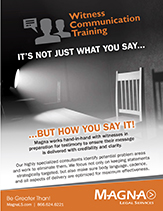